Posted on February 12, 2014 by wednesdaymorningdevotional 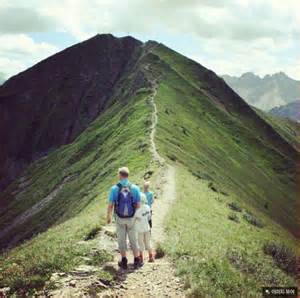 And afterward, I will pour out my Spirit on all people.  Your sons and daughters will prophesy, your old men will dream dreams, your young men will see visions.  — Joel 2:28

I don’t dream a lot.  I used to dream all the time.  When Tonya and I watched about 3 seasons of “24” in about a month, I had some crazy ones.  I believe that whatever we saturate our minds with produces dreams.  Ever since I have become a pastor, I have probably tripled my study time with the Lord.  The cool thing is that it hasn’t been burdensome.  I find that hours kind of zip by and I wonder where the time went.  The even cooler thing is that it is 2:56 am on Saturday and I just had a dream and God said “go write your dream.” So, here goes…

I had just driven a team to a game.  I have my CDL license that allows me to drive a bus.  I haven’t driven one since I’ve started working my new job.  I don’t know what the sport was, but when it came time to go home, I found myself riding the bus and wondering who was driving.  I was talking with my friend named Andrew.  We drove by a mountain.  I immediately noticed that it looked exactly like the mountain in all of the “Paramount” movies.  When I told Andrew this, he looked, but it was like the mountain got so big and so close that we could only see mountain and we just stared until it disappeared.  Honestly, I just thought that was kind of weird.  But, I just typed in “paramount” in Miriam-Webster and paramount means “coming before all others in importance,” as well as “of the greatest or highest degree or quantity.”  Other dictionaries say “of chief concern or importance,” and “supreme in rank, power or authority.”  Now I am beginning to understand.

As soon as we passed by the mountain, I wondered who was driving the bus…it was supposed to be me.  Andrew called somebody and told me that it was being taken care of, so don’t worry about it.  All of a sudden, the driver pulled in to this narrow road.  It was so narrow that it scraped the sides of the bus, but it did barely make it through.  We immediately parked at some restaurant that was near a park where there were lots and lots of people.  The driver got up out of his seat and said “I’ll be right back, I have to go get my friend, Adam, he is ready to meet the Lord.”  He went in, we all got off the bus, and the driver soon came out with someone I didn’t recognize.  For that matter, I didn’t recognize the driver either…I was supposed to be driving the bus.

Adam and the driver knelt down in front of me and Andrew.  We just looked at each other, shrugged our shoulders, gave each other a “this is cool” look, and put our hands on them and prayed while the driver led Adam to Jesus.  “Lord, I know I’m a sinner.  I need you to save me.  Come in to my heart and make me brand new.”  As he was praying, I felt everyone gathering round…I mean tons of people.  I looked up and my wife was there, her sister was there, my dad was there, then I just looked out at all the masses.  Adam, who had been holding his hat over his heart leaped up, threw his hand in the air with his hat in it.  He didn’t say anything, but people just started clapping.  I was weeping like crazy.  My wife was all tore up.  She kept saying “I wish I had my phone to record this.”  I said “me too.”  It just kept getting louder and louder.  There were so many people.  It was thunderous…

And then I woke up.

And then I typed this up.

As I was typing, I think I received the interpretation.

God is the mountain.  He is paramount.  He is righteous.  Without righteousness, how could someone possibly get to Him?  “Your righteousness is like the highest mountain.” (Psalm 36:6)

The Holy Spirit is the driver of the bus.  We may not recognize Him, but He is there.  He lives inside many.

The Holy Spirit will lead you to a Narrow Road…a VERY narrow road.  If you are saved, you were led to a place where you had to surrender to a man named Jesus.  You had to make a decision to receive Jesus Christ, or reject Him.  I saw a picture that someone had posted on Facebook of Stamp Creek Landing, it was the very spot that I made my decision 22 years ago.  My heart leapt.  Even though it was just me, my Sunday school teacher, God, and those quiet, still waters, I know now that Heaven rejoiced that day.  I wonder just how thunderous and majestic it was in Heaven.

“I tell you in the same way there will be more rejoicing in Heaven over one sinner who repents than over ninety-nine righteous persons who do not need to repent.”  — Luke 15:7