Posted on February 18, 2015 by wednesdaymorningdevotional

When the people saw the thunder and lightning and heard the trumpet and saw the mountain in smoke, they trembled with fear. They stayed at a distance and said to Moses, “Speak to us yourself and we will listen. But do not have God speak to us or we will die.” – Exodus 20: 18-19

I wish I could describe what it is like to hear from God. I hear no audible voice, but it is like my mind is flooded in an instant with 10 pages worth of stuff I could write down if I were to take the time. Sometimes it is simpler and I just know what He wants me to do or say. It is awesome and it is amazing. There is no better feeling in the world.

There was a time when I was like the children of Israel in the verse above. I wanted God to speak through my favorite preachers. I wanted to be entertained and hear them speak a word from The Lord. However, looking back, I didn’t want Him to speak directly to me.

As long as it came from another person, obedience was optional. I remember strong Christian men telling me that the music I listened to dishonored the God I claimed had saved me. Do you know what I would say? “Who are you to judge me? There’s nothing wrong with it! It doesn’t affect me.”

It was a great plan. As long as The Word came through other people, that was God’s plan for them, not necessarily me. I hadn’t heard the words directly from God.

I remember hearing a preacher telling his congregation that we should avoid the sexually charged movies that so frequently take the Lord’s name in vain and use words that ought not be used. I didn’t obey. God didn’t tell me that!   That was that preacher’s opinion. Who really cares if he was speaking right from God’ s Word? That book was written thousands of years ago before they even had movies. This is a new day and age. I liked those movies. They didn’t affect me. Who was he to tell me what I can and can’t watch?

For the YEARS that I held this attitude, not ONE time did I ever feel the full on Presence of the Holy Spirit. He never engulfed me in what I know now as the greatest feeling in the world. Why? I had the stench and filth of sin all over me. How can one sit there and pour in music that glorifies the very things that God hates? How can one laugh at the sexual jokes, the taking of God’s Name in vain, and watch people repeatedly commit the immorality that He died on the cross to save them from?

Eventually, sin took me further than I was willing to go. It kept me longer than I ever thought I’d stay. It made me pay way more than I ever thought I’d have to pay. When I didn’t like the place it brought me, I went straight to God. I finally wanted to hear directly from Him. “God, what would you have me do? ”His answer: “Stop pumping your head full of the world. Fill it with Me, My Word, and music that honors me.” Hmmm . . . The same thing those judgmental holy-rollers told me.   But, this time it came from the mouth of God. Should I shout out and say, “Who are YOU to judge ME?” I would say that is a bad idea. However, I do now have a choice to make.

I remember the day I turned the station from 93.3 the Planet to 89.3 His Radio. The first Christian song I ever heard was “The Best Thing” by The Big Tent Revival. I loved it. It was like light filling my dark soul.

It was a little longer, well; it was a lot longer before I gave up the movies. The Wedding Crashers was the last movie of its kind that I watched. For the first time I couldn’t laugh at the sexual immorality. I couldn’t laugh when the joke was laced with an F-bomb or a G.D. God made it clear to me: “Stop paying for this trash. Stop filling your heart and mind with it.” What do I do? This is not the preacher who told me the EXACT SAME THING years ago . . . This is the voice of God! 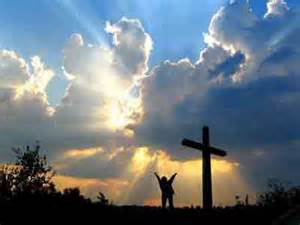 The payoff has been unbelievable. I can honestly say that I do not believe for a second that I have missed out on anything by refusing Hollywood’s latest R-Rated blockbusters.

I say all that to say this: My heart broke when I saw that the line to watch 50 Shades of Grey looked like a ride at Six Flags on a Saturday. The theater had roped off a line and at least a hundred people were in line 45 minutes early. If you were in that line, I am not judging you one bit. Ten years ago, as a saved Christian, I would have been in line with you. Ten years ago, the year I saw Wedding Crashers, my last trashy R-rated flick, if you had told me it was wrong to go see it, I would have said, “who are you to judge me?”   Then, I would have talked about you behind your back for even suggesting you were holier than I was.

I am not telling you what you can and can’t watch. If I did, you’ d do what I did years ago. You would call me a judgmental, religious fanatic. However, I am asking you to make one big decision. Decide right now if you want God to speak to you directly. Or, would you rather listen to the “opinions” of other men and women?

If it is through people, then continue doing whatever you want to do. You are free to accept or reject based on your convenience and your preference. Who am I to judge you? Who is any other person to judge you?

Ask Him. One on one, just you and Him, ask Him. He has an unbelievable way of highlighting two very different paths.

One leads to destruction and has a whole bunch of people in line.

The other is very narrow and you may not even find someone else standing in that line. To be honest, even as I type this, I feel like I’m in a line all by myself. But, that’s okay.